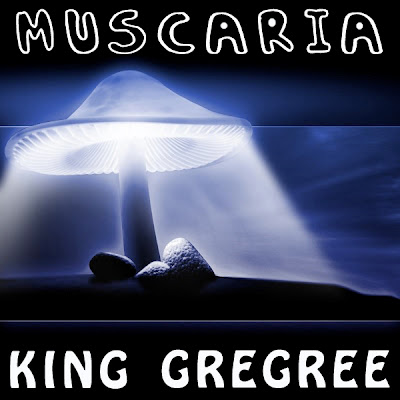 The moon’s gonna be full tonight
What a beautiful thing
This King might just step over the line
for I hear the cries of ecstasy from the other side
If you try to look, then you’ll never find, no you’ll never see
yes, I hear them beckoning and they’re saying to me…………..
But first I must succeed in hearing them clearer
I’m-a need Amanita Muscaria
The barrier now doesn’t seem so steep
Make no mistake, my pineal’s awakening from it’s sleep
Outstretched arms, it’s yawn calls out the harmonies of the most bizarre song like……..
Then quite suddenly a stitch in time
unravelled right in front of me
and out leaped a creature with a grin of menacing joy
It’s voice sounded like whistling gibberish
A melody that unlocked the door
The hinges creaked as we crept forward
We stepped through the veil
Sailing on the seas of cheese
Prime Mystical
Let’s swim through the clay pool,
up to the steeple of The Great Horned Mother
How that Owl smothered me headlong in love
with Her song just like……………….
A new change of scene
Face to face with The Demon
An optical spy, Crocodile Eye
Lucky for me, I know who I am
and I am the King, The true Son of Sam
I am The Lamb and I am The Lion
When I spoke the word, I turned all the lights on
Defeated The Beast, now I wear the crown
Bright red with white thorns all around
I’m the gift of Gia, fornicate with Maya
Elation till I pop
I’m saying I never want this song to ever stop so keep on playing just like……….
As Sirius spirals a furious twister in the depths of my pupil, yessir
My Isis iris grew from the pupa cocoon
to wings spread in full bloom
A King gets his boon, a killing has ensued
Out with the old and in with the new, yes!
Muscaria loves scaring ya’
Flying through hysteria
Gimme another bite cause the more the merrier
Gnomes of mischief, yes they get this,
They’ve been here so long,
they’ve had all of eternity to churn out
this song that you hear, My Dears
look up ahead, there’s a clearing and everyone is cheering
*
Posted by Gregree at 2:25 PM