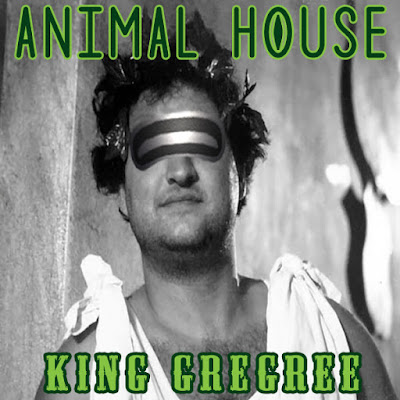 Here in this Animal House,
there's a cannibal mouse
slipping mickeys to itself,
that's kinky as hell,
they think We can't tell the tale
in the way of truth,
well, I have to say that you're extremely  incorrect and
then slash and slay you with my golden peen so erect permanently
so let me squirt on the teet of the Holy Mother,
there a whole bowl of butter
for this one piece of toast,
lets click the magick glasses three times and cheers with more wine,
oh yes, its a war of the roses,
a roast for the gnosis suppressers and I'm the MC, I can be friendly or a killer,
however I will myself to be,
I'm the Mill Wheel Elf spinning your code,
I'm grinning and all my Cheshire teeth glow like white in the black light,
I'm Death and We are one heck of a check off the big bucket list,
We have been forever here and
other places before that and into the Mystery,
slither with my Sister and me
or is it Sister and I?
Whatever, just wish on our exquisite
star in the sky,
We are Venus Saturn,
We can pattern your strand,
oops too late it's already done,
you're now rising to a higher state,
new Atlantis has finally begun,
or is it began?
Either way, it's beginning to be risen
so now you must eat my meat,
no vegan,
seek and destroy with my skeet
so enjoy the pearly treat,
the earlier We finish the damn thing
the dawn will begin again with a Big Bang,
large ring, listen up from down underworld
I'm crowned Pan,
the horned and Christmas holly head and
very merry jolly King,
here to let it be said,
that you were all born with every thing already,
with riches so heavy it could never be carried,
made of light,
might I say famous and a name with
power built in,
Our towering Tree is never wilting,
I'm not Melville but your girl calls me " Moby Dick",
you can know me with your hidden memory,
I am him so come with me
and be released from the chains of need,
now see the change in the tides
and swim the sea,
look alive and finally begin feel the free