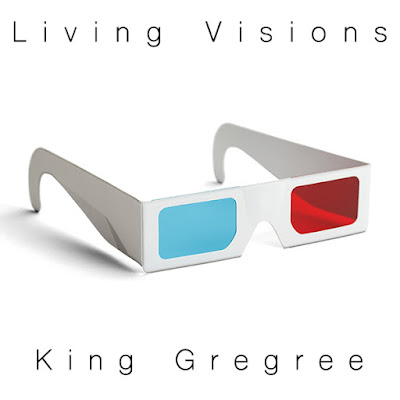 The cinnamon cane makes sweet bread,
Grim is my name and I reap dead souls
and We harvest them,
the deep blue sea reads red scrolls about me, the Great Artisan,
the Wild Card is in shuffle,
yo dog, sniff out the clues like a truffle,
oh God, the spliff is a doob and the blunt is pot cigar,
if you’re aware and you declare I’m God into the night wind,
well my bright friend, how right you are,
I am the Lion King risen,
Gregree Beast El with every right to roar,
I bring divine living visions, deadly peaceful sights of war,
it’s time for doom in the hell hole so get the hazy violet spliff burnin,
bass line for “whom the bell tolls” played by Cliff Burton,
circling flying ships, Vimanas unfurls banners so
I place my hands on the divine hips of Inanna,
on a lake of clouds We make out at Yggdrasil’s base
beneath the true ground,
oh boy, I’m the Beastie getting root down,
Mandarin Plum brew in the flask
then from the Druid’s basket
the Serpent slurps and laps the milk from the saucer,
that vril was awesome and generous,
it generates tremendous magmatism,
bust my magma jism from my volcanic grand dick,
yeah, it’s so grand indeed, my penis is marvelous,
my obelisk is starlit kissed and blessed
by The Empress, the Temptress,
She puts Her fairy moonlight hairy poon right in my face,
as I lick Her the elixir turns magical,
I’m the trickster, you know the one She calls Her Bunny Rabbit El
and I have a tale to tell and its no fluff piece
but let’s puff please cause after seven hits I seem
to speak more eloquently and evidently
it’s the end times so sit back and unwind,
once upon a time a secret was told divinely
and if you seek the gold,
you’ll find me inside the deep darkness with my Kin,
We no longer sleep but don’t start bitch cause
I’m in one hell of a mood and I’m telling you
to prepare yourselves, the time is nigh,
it all parallels, I am I and I,
I’m from beyond the north wind where we ignite the sea
and plant the Tree of rebirth again, Hyperboreans,
We’re born from the ideas stored in the old minds,
the gold mines are fuller than ever
so I’m pulling the lever of the bandit, hear the bell,
the hand is clearly dealt and I win again,
I’m in the game and the point of it as well
so until the joint is lit I’ll say no more,
is this haze dro pure?
ok, it is I see so let’s proceed,
I spray my jizz and your girl licks all my seed
and I let her be cause my letter’s G
and I’m Trismegistus,
Wizard of O Z so please give witness to this spectacle,
I’ve deflected all your weak hexes you bitches cause I’m high up
and I just had freaky sex with your Mrs. in triumph,
you can’t insult me dog or call me liar
cause all other Gods know why We are here
and they bend the knee cause damn She’s a 20th Century Fox,
released the Wraith,
unlocked the briefcase with 3 digits and a word Link,
all the bridges are burning but We can fly and you can die
and when you wake up, it’s blurry but the Truth is clear,
I’m your judge, jury and executioner,
Marvel rode on Sorbesta’s back,
my Aurora’s gold yet I’m all dressed in black