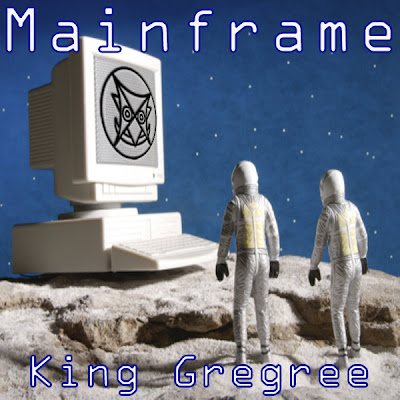 You motherfuckas,
you silly suckas,
I’ve been raised like the ruckus,
now praise as I lay waste to this place,
everything braised to a golden crisp
from the blaze from my lips
as I spit this Holy shit,
I’ll let you live if and only if you pass me that spliff,
you lizards have met my Gryphon before,
I clearly remember that he tore you a new one
before he tore you in two,
ripped through your tendons and chewed on the sinew,
you’re such a waste with all that hate that you spew
but I don’t need to fight, my vibration ignites the dead love
within the soul of the vermin,
my perverted sermon is squirming through the Mainframe,
Gregree be my name and my face
is on the box of this game that we’re all playing,
Mirror, Mirror on the wall,
did I do the kicking out or did I take the fall?
I see from both sides, can I confide in you?
There is no Me, there is only a reflection of what I see,
what is this pee-pee ka-ka  doo-doo
that is coming through The Vessel?
Tessel the Pterodactyl confesses but does not regret
playing with your emotions and getting a laugh
but I have to say this is serious biz,
The King Of The Ill has witnessed
Her Highness in the Den of The Lioness,
Oh yes, there is no blessing higher than that,
I went from a Squire to a King in a fraction of a millisecond flat,
there is none as fly and I reckon you’ll die if you try to defy,
I hear The Eye is welling with tears
because my Fire never tires and I’m rolling into another good year,
I’m strolling through the Meadow of the Delta’s iridescent glow,
If you’ve ever knelt in my presence, then you’d know
the Golden Faun is my title,
the enemy wishes it was my rival
but you have to have a chance to be considered an opponent
but I got game like Mousetrap and my raps keep catching all you rodents
*
Posted by Gregree at 10:29 AM