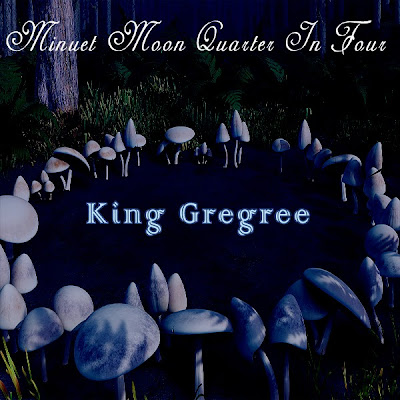 There's a Werewolf scouring the Moors,
his Hare is perfect,
the May Queen pours April showers,
silver water, Moon Quarter Minuet which
brings the ring of spores along with the Power,
you know the one, none stronger and now
I'm back with an appetite of ravaging hunger
and on nights like these the Owls
are known to attack and swoop,
yes, my troops may scoop you up into our whirlwind again,
Merlin was offended that his friend was absent for a spell,
I fare thee well, I'm the Hare that fell willingly,
I just had to split cause you're still not getting it
but you will but till then it kind of seems like I'm drilling teeth or
pulling them or how ever the fuck it goes,
there's a witch who spies who wishes to show you the two most wicked glowing eyes but whatever you do.... don't look into those,

Instead, look into my direction,
I'll help you ascend into perfection and past it
for I'm the last kid, really billy,
am I gruff enough?....ha!  don't be silly,
for I'm Horus the Beast
bringing burden to Set and his kin,
so listen up lizard fucks cause your end is about to begin,
it's time to start scrubbing dishes to pay for your feast,
that shit's not free for you, only the Truth and those that live it
get a personal sliver of paradise and not the ones who
swipe spiritual purses with ritual curses,
well, I undo and reverse them with a click of my hoof
and under the red roof of the Muscaria cap
is a Gnome staring back at you but don't let the
cuteness fool you for my team is ruthless when it
comes to our mission because in case you didn't know,
the villain plaguing you is the true Satan who
is not the one from your stories
but all will be revealed,
I'm the fallen narwhal,
don't ignore me
*
Posted by Gregree at 11:48 AM